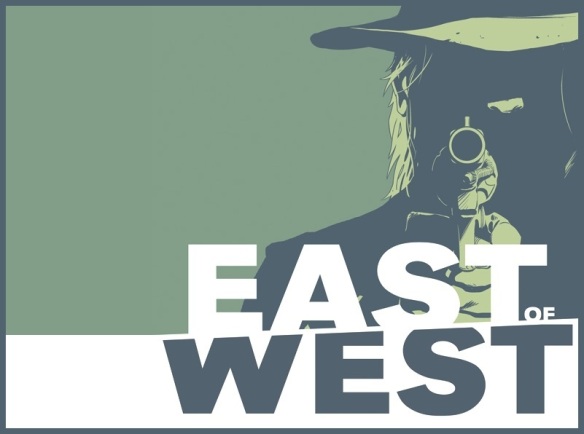 There are so many comics out there.

It’s hard to know where the next great story is hiding.

Often I look at the cover art as an indication of what the story is about and if it’s worth investigating.

I scanned past the cover art above at least half a dozen times.

Then someone said, “you haven’t read this yet??”

And I took another look.

Turns out you should never judge a book by its cover.

First off credit where credit is due.

You can read this in individual editions – there are currently 10 issues in total but I’d recommend starting off with Vol One: The Promise which collects the first five editions.

There’s a lot going on here and you’ll need at least the first five to see whether or not you’re going to like this.

If you love comics as much for the drawing and colours as for the writing then you are going to love Nick Dragotta’s artwork.

I haven’t dabbled in drawing let alone drawing comics for years but this made me itch to get out an inky pen and some good quality cartridge paper. It’s inspirational, tactile, beautiful and very, very clever.

Each frame is cinematic, epic in scale, considered, original and flows so beautifully.

Oh and Death is riding an awesome cannon horse.

The whole thing is just the right mix of the familiar but with an original spin.

So let’s get the basics down.

You know the Four Horsemen of the Apocalypse?

Well, this is a story about them.

But not just about them.

It’s about The Chosen.

They are the leaders of the seven Nations of America created after the Third Great Awakening at the time of the Civil War in 1862.

And it says the world is coming to an end.

And they, along with the three horsemen (yeah, Death isn’t totally on-board with this plan) are intent on making sure the prophecy comes to fruition.

But Death got a little caught up in the mortal world.

Decided he wasn’t ready to go along with the prophecy just yet.

And so the story goes on a roller-coaster ride of killing, destruction and dodging the dalliances of fate.

But at it’s heart this is a love story.

And that’s what made me care about this motley crew of characters.

There’s some nicely explored human emotions in here too.

It’s not the first time a fictional Death has fallen in love (see Pretty Deadly for a totally different take on some similar themes) but it could be the first time he’s willing to betray everything he is supposed to be for the daughter of a Chinese warlord.